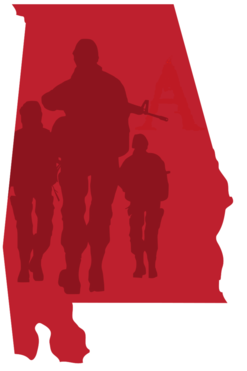 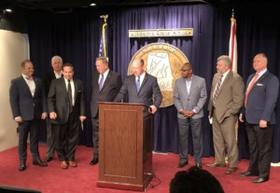 The operational arm of the Military Stability Commission, the Military Stability Foundation is a private, non-profit foundation which was incorporated in September 2011. The Foundation works directly with the Commission, Alabama-assigned DOD installations, and the communities that surround and support them to develop and implement measures to retain and strengthen Alabama's military assets and infrastructure and to assist in preparations for any impending Base Realignment and Closure (BRAC) or similar process.

The Foundation is led by a 6 member Board of Directors, which are representative of areas of heavy defense concentration in the State. Chuck Keith currently serves as Chair of the Board for the Military Stability Foundation.

Created by Alabama Act 2011-350 in June 2011, the Alabama Jobs Creation and Military Stability Commission is led by Lieutenant Governor Will Ainsworth, who serves as its Chair.  The Commission consists of the Speaker of the House and Senate President Pro Tempore, which serve as its Vice Chairs; two members of the Alabama State Senate; two members of the Alabama State House; the Adjutant General of Alabama; the Director of the Alabama Department of Economic and Community Affairs (ADECA); the Director of Homeland Security; the Secretary of Commerce; and 8 regional appointees from areas of heavy defense concentration in the State.

The Military Stability Commission and Foundation work in conjunction to proactively ensure the stability of Alabama-assigned DOD resources by study and evaluation of all currently assigned military forces or civilian contractors and the move of these resources within, to, and from the State of Alabama.